The Episcopal Installation of Mar Joy Alappatt took place on Saturday, October 1, 2022 at the Mar Thoma Sleeha Cathedral in Bellwood, IL. The Installation was done by His Beatitude, Major Archbishop George Cardinal Alencherry, in the presence of The Most Reverend Archbishop Christophe Pierre, Apostolic Nuncio to the United States of America.

Bishop Mar Joy Alappatt was born at Parappukara, in Thrissur district, Kerala, India, on September 27, 1956, as the second son of late Mr. Varghese and late Mrs. Rosy Alappatt. He has two brothers and two sisters. His baptismal name is John, and he is named after the patron saint of his parish, St. John Nepomucene. He was commonly known as Joy Alappatt. He had his primary school education at St. George Lower Primary School, Puthenpally, Varapuzha; his Upper Primary School at A.U.P.S., Parappukkara, and his high school at P.V.S. High School, Parapukkara.

After his high school studies, in 1972, he joined the St. Mary’s Minor Seminary, Thope, Thrissur. He completed his major seminary studies at St. Thomas Apostolic Seminary, Vadavathoor, Kottayam, and was ordained by Mar James Pazhayattil on December 31, 1981, for the diocese of Irinjalakuda. He served as Assistant Parish Priest at Chalakudy, Mala, and St. Thomas Cathedral, Irinjalakuda. He earned his Masters in Theology from St. Joseph’s Pontifical Institute, Aluva. He completed his Masters in Sociology from Andhra University. He served as a Chaplain and Mission Director of the Syro-Malabar community in Chennai, Tamil Nadu, India, for six years, from 1987 to 1993.

On July 03, 2022, by accepting the resignation of Bishop Mar Jacob Angadiath, Pope Francis appointed Bishop Mar Joy Alappatt as the bishop of the St. Thomas Syro-Malabar Catholic Eparchy of Chicago.

Our Hearty Congratulations, Prayers and Wishes! 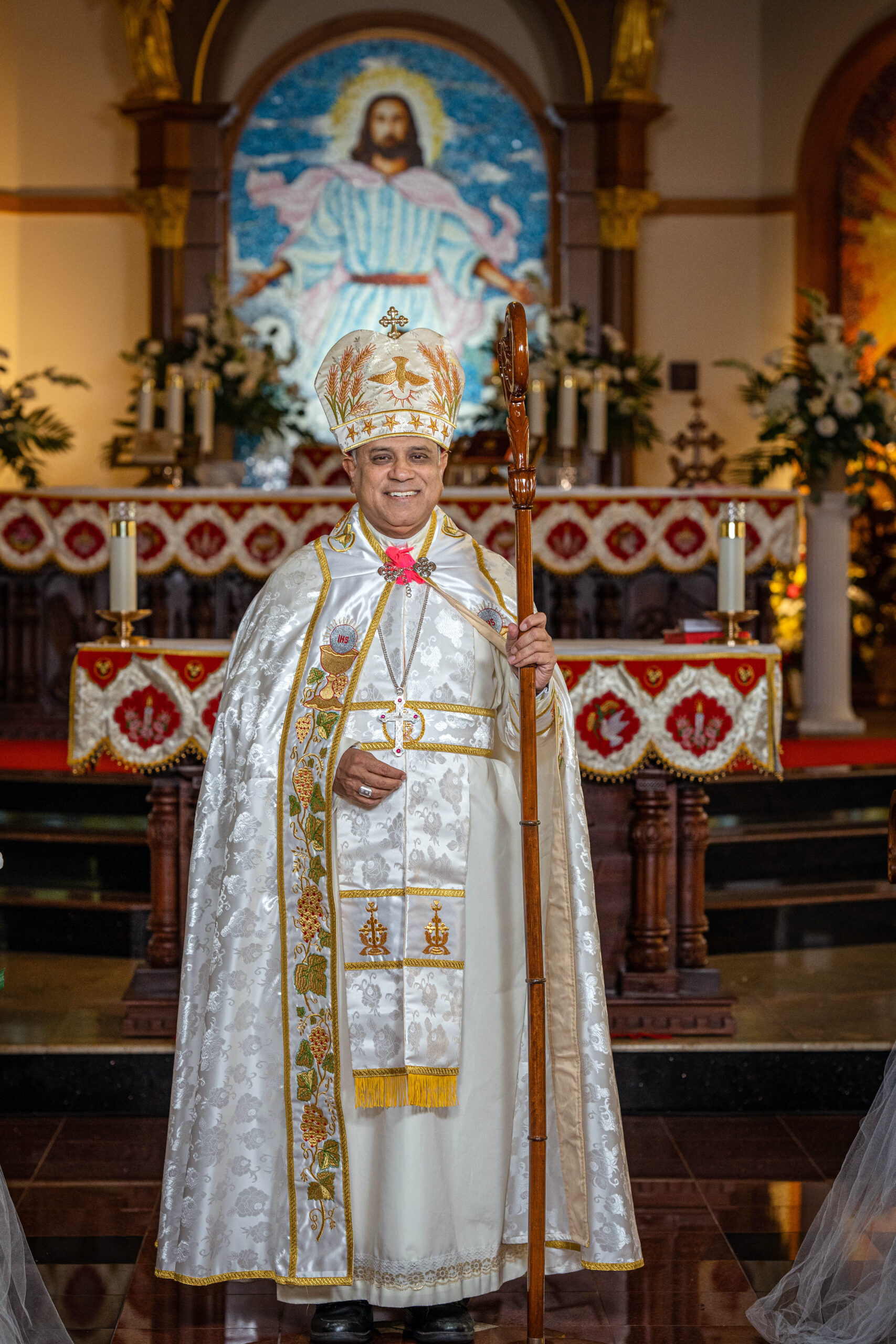